Click on the sports below to see our latest results.

Well done to the year 8 Rounders Team who took part in their first ever rounders fixture against Forest Gate Community School winning 16.5—10!

On the day the girls executed fantastic fielding skills making it really difficult for Forest Gate to gain many half rounders.  The girls stayed consistent in their performance when batting with many big hits!  After the first inning it was clear that it was to be a close game with St. Angela’s having secured 7.5 and Forest Gate on 6. But the girls didn’t let the close score  worry them, instead they gave it their absolute all and stormed the second innings by securing a further 9 rounders before continuing to demonstrate their effective fielding and conceding just 4 rounders.  Well done girls!

The Year 7 to 11 Cross Country team did fantastically at the Newham Championships. Some great performances through the year groups. A special mention to Vicky in Year 7 who came 8th overall.

A great start to the athletics season this year! It was the teams first time taking part in an outdoor athletics competition and there were some brilliant performances. Congratulations to Eliora, Angeline, Princess, Keren, Martina and Sarah for being picked to be a part of the team and represent St Angela’s. A huge well done to Princess for coming 2nd in her heat for 100m and to the relay team consisting of Keren, Angeline, Princess and Eliora who came 3rd in their heat!

Congratulations to Alisha, Klaudia, Kady, Miriam, Selasie, Afua and Kaira for being picked for the athletics competition this year! Throughout the day the girls showed determination and motivation. They were resilient, encouraging and modelled sportsmanship well.

A massive Congratulations to Kady for coming 3rd in her hurdles heat!

The Year 7 Athletics team have reigned supreme through many rounds of the Sports Hall Athletics competition. They came first in the Newham round and then beat another 8 London Boroughs in the semi final! The team came first in 5 of the 6 track events and won all 5 field events! The PE department are incredibly proud of everything the team have achieved, you are all fantastic Athletes! We very much look forward to watching you get many more medals in the future. 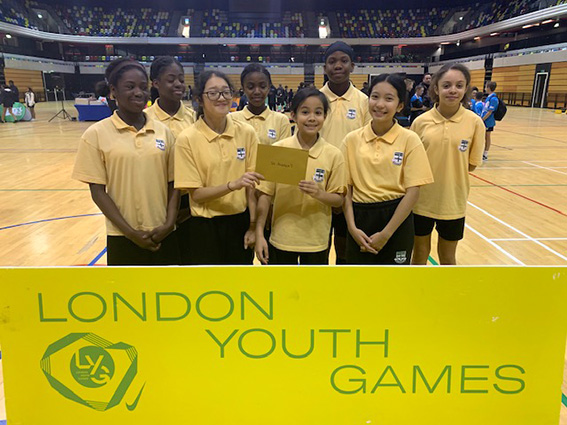 The Year 7 Athletics teams success continued into the Lee Valley Indoor Final. There were 72 Schools who entered the competition over all, so getting to the final was an achievement in itself. The girls achieved an incredible silver medal narrowly missing out on gold by a few points! 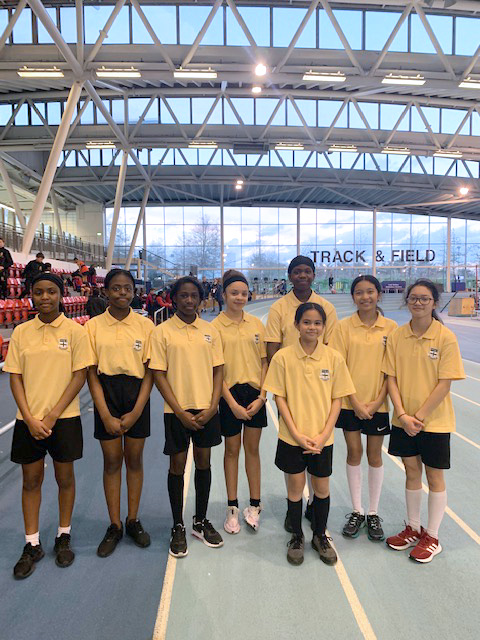 A huge congratulations to the Year 10/11 Athletics team who won silver at the Lee Valley indoor Athletics Championships. An incredible result considering they had just competed in the Cross Country earlier that day! Well done, a much deserved result.

The Year 10/11 Athletics team have made it through to the Lee Valley Indoor Athletics championships final. 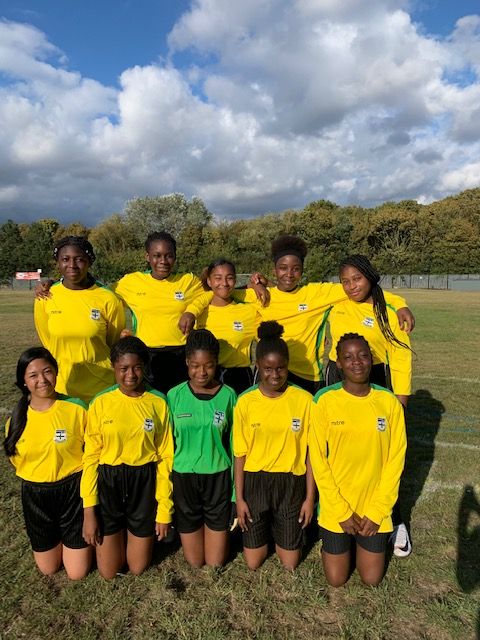 A huge congratulations to the year 7 Netball Team who represented St Angela’s in their first netball fixture against our netball rivals Brampton Academy winning 2-0!

On the day the girls played incredibly well by demonstrating some fantastic attacking and defending skills. We saw some shining moments of interceptions, and some amazing attacking drives towards the ball. In preparation for the game the girls had been training hard at netball club every Wednesday after school. Well done girls keep up the hard work at club and we can look forward to some more wins in the Newham Netball League next year!

A huge congratulations to the Year 7 Netball Team who placed 2nd in the Newham Schools Netball Tournament on Tuesday 25th February.
On the day the girls showed fantastic teamwork and talent throughout each of the 8 games played. The girls left the tournament unbeaten with 6 wins and 2 draws. It was an extremely close final with the girls missing out on first place by just 1 point! 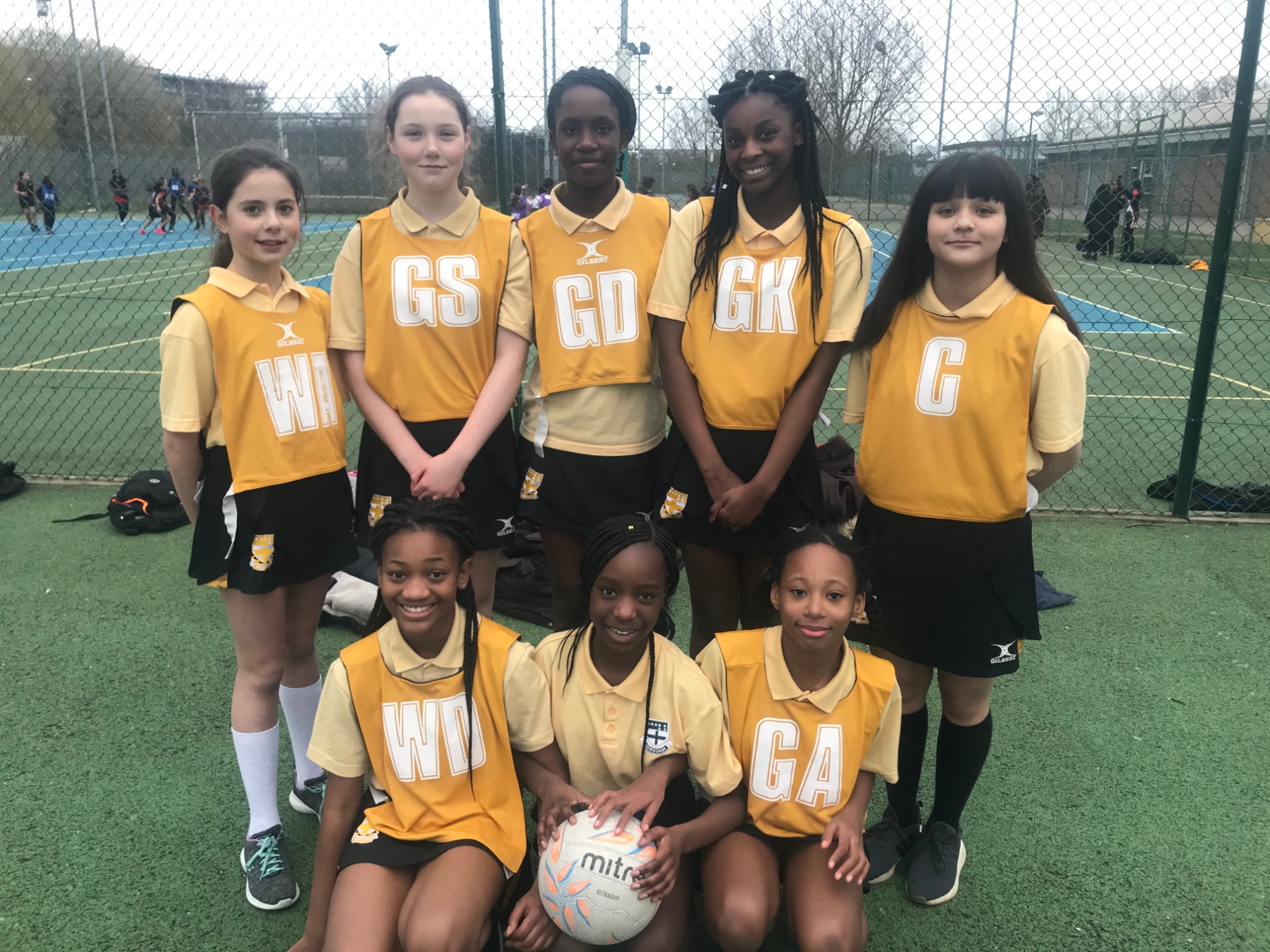 5/2/20
Congratulations to the Year 7 and 8 Netball teams who played against Plashet this week winning 9-0 and 12-1 respectively! Keep up the hard work girls and keep working towards the Newham Schools Netball Championship title!

Congratulations to the Year 7 netball team who have started the season strong with a fantastic win against Langdon Academy 6-0! The girls demonstrated fantastic passing, agility and teamwork.

National Junior Indoor Rowing Competition
NJIRC is an annual competition which would normally take place at the Copper Box however this year it went virtual.

Two rowers Martina (yr 11) and Ekene (yr 8) achieved a silver and bronze medal respectively at the National Champions in the KS4 and KS3 invitational races.  Other team members performed exceptionally, for some it was the first time they were competing at NJIRC and many of the experienced rowers achieved personal bests.

The results were as follows:

NJIRC is an annual competition which took place at the Copper Box with over 2000 competitors rowing.  St. Angela’s took a team of 16 pupils to compete in this national competition.

Once we arrived the rowers registered and were given a booklet to complete. They could participate in various activities and receive a stamp for each of them.

Other team members performed exceptionally well with many of them achieving personal bests.
The results were as follows: 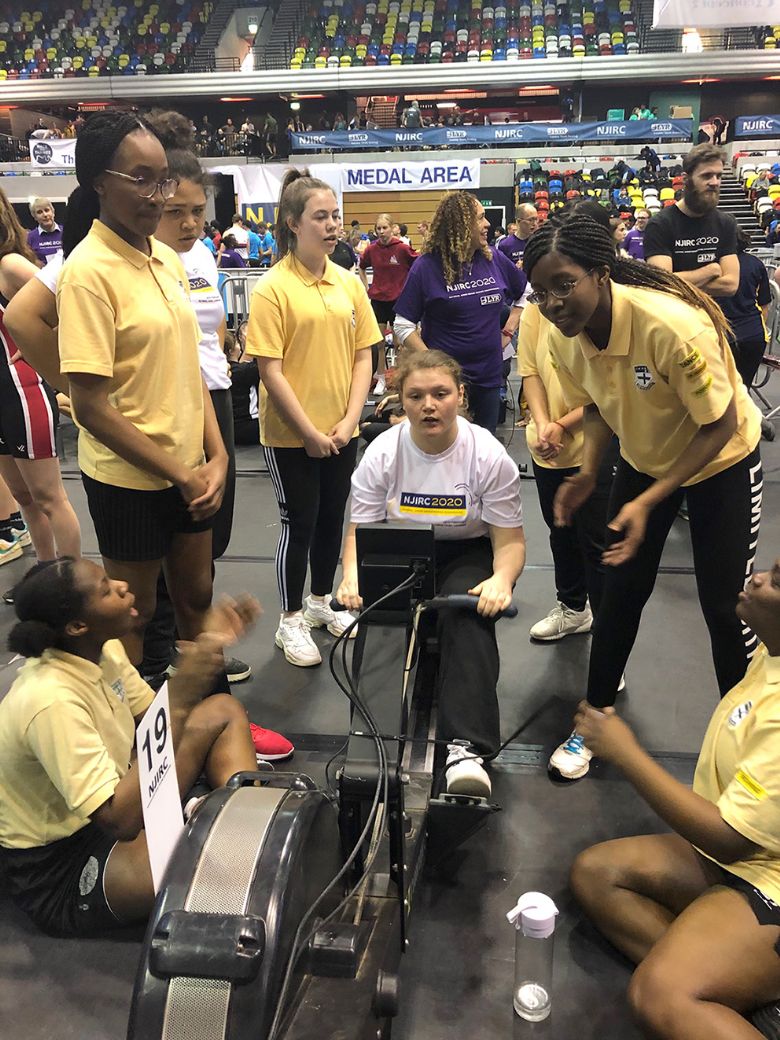 The rowers also completed in relay races:
Sprint relay saw them row for 2000m as part of a team of 4 from KS3 - placing 65th out of 97 teams.
Boat race relay is to row the time it takes to complete the Oxford and Cambridge Boat Race which is 16 minutes and 19 seconds.  In that time the team of eight year 10 students rowed 4266m and placed 10th.

Congratulations to the Rowing team who competed at the Active Row East competition facilitated by London Youth Rowing.  The team won a handful of medals and saw many of the students improving their personal best. Students received their medals from triple Olympic gold medalist Andrew Triggs Hodge and they were: 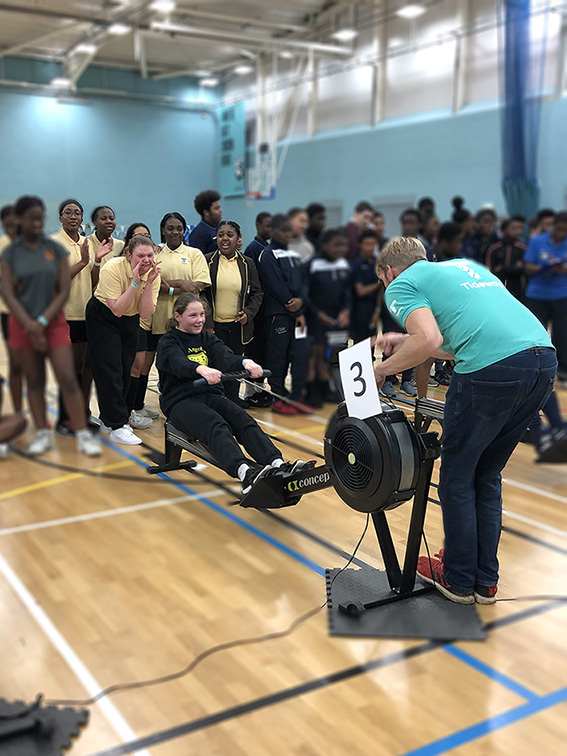