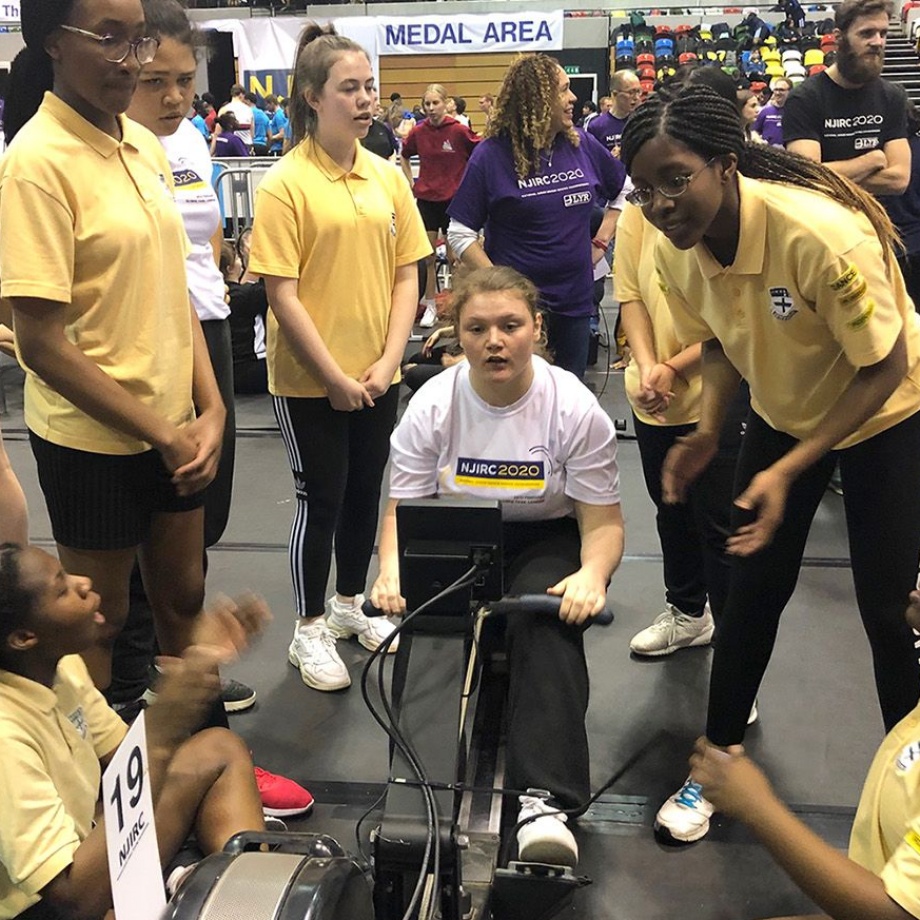 NJIRC is an annual competition which took place at the Copper Box with over 2000 competitors rowing.  St Angela’s took a team of 16 students to compete in this national competition.

Once we arrived the rowers registered and were given a booklet to complete. They could participate in various activities and receive a stamp for each of them.

Other team members performed exceptionally well with many of them achieving personal bests. The results were as follows:

The rowers also completed in relay races:
Sprint relay saw them row for 2000m as part of a team of 4 from KS3 - placing 65th out of 97 teams.
Boat race relay is to row the time it takes to complete the Oxford and Cambridge Boat Race which is 16 minutes and 19 seconds.  In that time the team of eight year 10 students rowed 4266m and placed 10th.